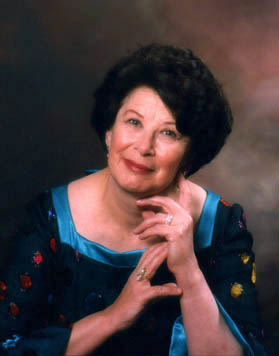 No-one who was present will readily forget the memorable evening of 26th January, when a capacity audience of just under 3000 packed the Royal Festival Hall for the 60th Birthday Recital of our favourite lady Vice-President (the last time the RFH organ attracted this number of people was apparently for Helmut Walcha in the 1950s!). The other big star of the evening was the frock, which inspired a lyrical outpouring from 'The Times' a few days later: 'Gillian Weir has one clear advantage over her male colleagues in the organ world. She can wear a dress. She can glide toward her instrument glittering in turquoise, one shoulder bared, a long train sweeping behind, to be carefully arranged from the organ bench so that it flows down, spangled, like a waterfall...' Well, I can't beat that! I was going to try and describe the sequinned gown myself, and during the Interval consulted the Organ Club's own fashion correspondents for this very purpose (more peacock-blue than turquoise, we thought); they assured me that 'this gown is a statement'. 'Well yes', I replied, 'but what's it saying?...'

It only took a single bar of Bach's Toccata in F to banish these diversions from the mind: the performance was magisterial and electric, as were Franck's Second Choral and the Reubke Sonata- not to mention the Jongen Toccata thrown off with abandon as an encore. But the real revelation for me came in the two works that preceded the interval- a twinkingly rococo sonata by Franz Schnitzer (1740-85, Organist of the Abbey in Ottobeuren) and the Healey Willan Passacaglia. Through deft manipulation of the sequencer, Dame Gillian conjured up in these pieces a breathtaking array of individual and combined sonorities, many of which even the most devoted aficionado of the '5.55s' had ever heard before. If justification were needed for the recent addition of modern registration aids to this unique and kaleidoscopic instrument, this was it. Conventional wisdom would tell us that this was 'organists music', and not suitable for a mass, non-specialist audience- but where I was sitting in the middle of the stalls you could have heard a pin drop. Dame Gillian has become a national treasure, and we all love her.