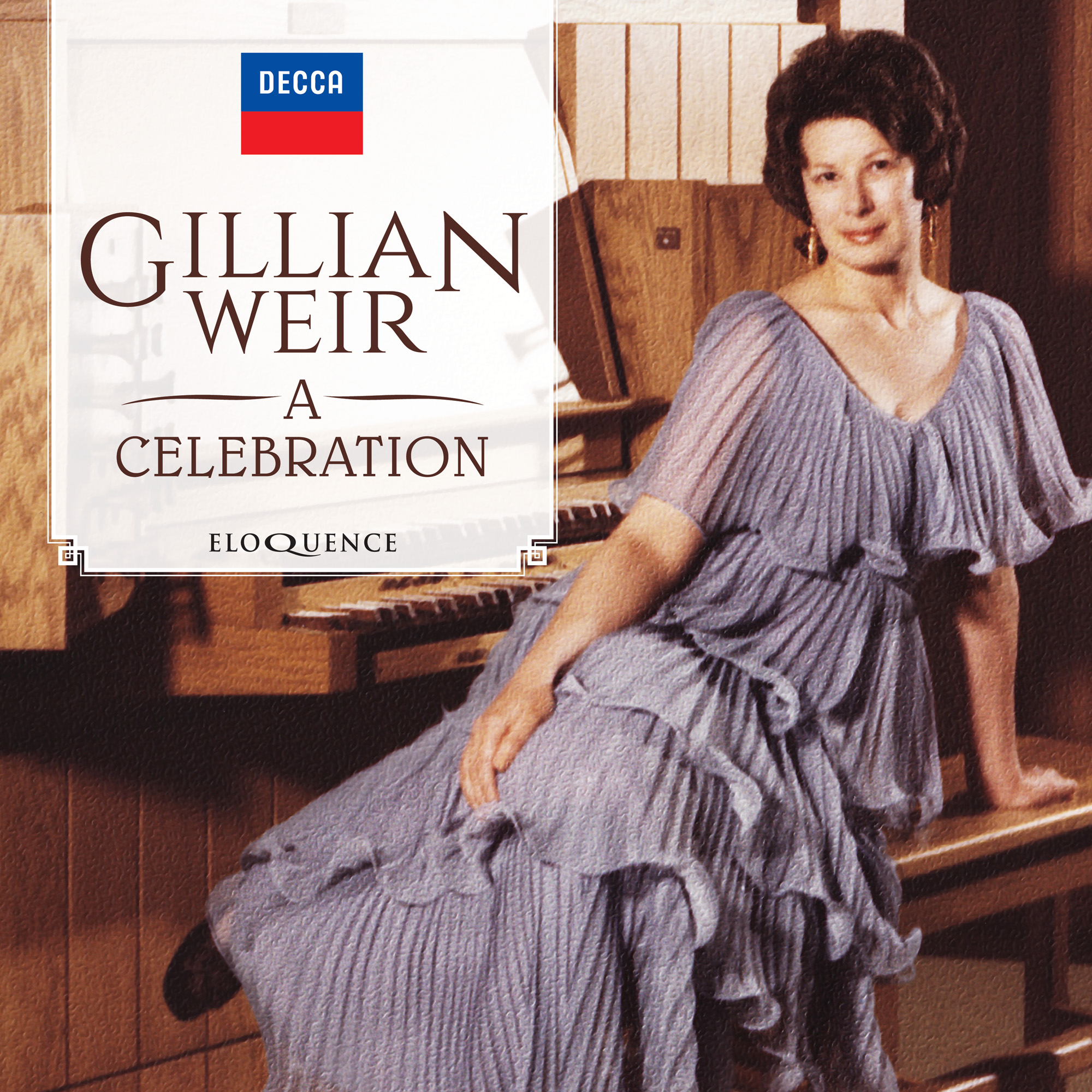 Dame Gillian Weir can do no wrong. This enormous retrospective collection proves it over and over again. Buy this set now. I mean it: run, don’t walk.

Gillian Weir: A Celebration is a 22-disc collection in honor of the organist’s 80th birthday (on January 17, 2021). So much music does not come cheaply: the least expensive option is via a certain massive online retailer in the U.S., at about $80. Other sources run up to about $120. Still, it’s worth it, every penny. Inside a sizable cardboard box you will find 22 discs and a 70-page booklet. The discs offer a grand tour of the best-known organ repertoire, along with quite a few lesser-known works.

All of these works are played with style and zest by a consummate master, an organist who understands the literature as few of us ever will. There seems to be no end to Weir’s breadth of sympathy for the instrument and its music. Many organs are involved, spanning centuries of national and period styles. All are played with deftness and familiarity. Rhythm, articulation, registration, style—everything is a benchmark of excellence, a model to emulate, a cultural legacy.

The collection is not chronological but is ordered to provide a well-reasoned balance of contrast and continuity of music. For example, the first seven discs are mainly French Classic, with one of Bach and one of Bruhns and Scheidt; the eighth is entirely occupied by the vast Missa mundi, a work in 1970s-modern style by the Maltese composer Charles Camilleri (1931–2009). From there we move on to a disc of favorites recorded at Hexham Abbey on the Phelps organ. Disc 10, devoted to choral music by Mendelssohn and Kodály, shows Weir as an outstanding accompanist. Not every great soloist is also such a perfect team player.

The recordings were made from the early 1960s into the late 1990s. The first twelve discs are rereleases, selected by the artist for this collection and including her complete Argo series. The last ten are previously unreleased recordings of live BBC concerts. The collection is heavy on French Classic, Franck, and Messiaen, and some pieces are given more than once. For example, there are three performances of “Combat de la mort et de la vie” to choose from, and two of the Choral in B Minor. This is a bonus, in my opinion: to have more than one rendition of a challenging work by the same performer. What an opportunity for subtle comparison—what great insights for an aspiring artist.

This would be a great gift for a student of the organ, for anyone seeking a broad view of the repertoire, and of course for one’s own ongoing and abundant enjoyment. Go get this collection.

© 2022 by the American Guild of Organists. Reprinted with permission. First printed in the March 2022 issue of The American Organist.